On Tuesday 24th of September all the yr6 went to see a science performance about forces and how they react.

We all enjoyed watching this show and learned a lot more things about the forces of the world.

One part of the show, was where the lady doing it wanted a volenteer. Sam offered and he got chosen. He had to wear a silly hat and do a silly dance on stage. What he had to do was throw a shot put. He was against a teacher from another school. Unfotunately he never threw the ball further than the other person.

The lady doing it asked Sam to stay on stage and throw a teddy frog called Phil. He threw it further than before.

Sam said he felt very nervous and excited about going on stage. 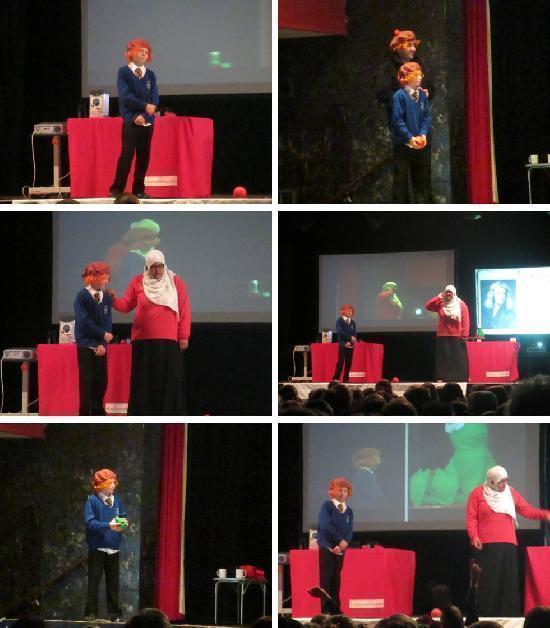