Have a look below at some of the topics we have been learning about and exciting things we get up to in Class 3.

Year 3 were very excited to explore the new woodland area this week and were given the challenge to build an 'Elf House' using only natural materials. They designed their houses in pairs before scavenging for materials and working together to build a solid structure. Everyone worked extremely well and managed to overcome some very difficult problems. We had a lot of fun!

This week we performed our class assembly in front of the school and our parents. Our assembly was all about the power of volcanoes and earthquakes and the damage they can cause. We also retold the story of Pompeii and even prepared an earthquake survival kit! Everyone was brilliant and should be extremely proud of themselves! Well done!

We all had a fantastic day at the Senhouse Roman museum where we experienced what it would be like to be Roman Cavalry and soldiers. Someone was even lucky enough to be an Emperor! Can you spot him? We learned lots about how the Romans lived, fought and prepared their trusted horses ready for battle. Everyone had a brilliant time! 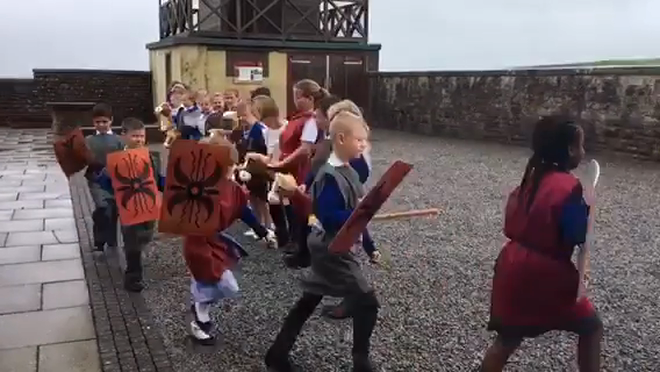 We took part in a re-enactment to learn about how Roman cavaliers and soldiers moved. Later on, we performed this in front of the Emperor, hoping to impress him! The Cavaliers prepared a speech for the Roman Goddess Epona who was a protector of horses whilst the soldiers performed a speech for the Roman God Mars who was the God of war - in order to be saved from battle. Take a look at our final performance! 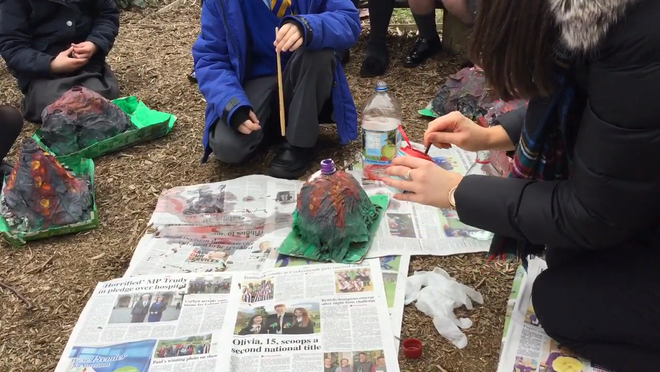 After writing about our very own 'Escape from Pompeii' we decided to erupt the model volcanoes we've been building in class this term! We filled our volcano with warm water and food colouring before adding bicarbonate of soda, then we added a touch of vinegar to start the eruption. Can you spot the lava flow?

Doing our bit for charity...

To raise money for our chosen local charity, we took part in a fun run dressed as our favourite animals. Year 3 completed 7 laps in total and travelled in lots of different ways, from as fast as a cheetah to as slow as a sloth! Everyone really enjoyed themselves and even the sun managed to shine too!

The Mystery of Magpie Manor!

On Tuesday Year 3 took part in the junior production of 'The Mystery of Magpie Manor'. Both performances were outstanding and we all enjoyed singing to a very large audience in the Market Hall. Take a look at how smart we look for the 'Grand Auction Ball' taken half an hour before the show!

In Geography and English we have been learning all about the deadly eruption of Mount Vesuvius and how it buried the town of Pompeii. This week we finally saw our volcano models begin to take shape. It's amazing what a dab of paint can do, all we need now is a real life eruption! Can you spot yours? 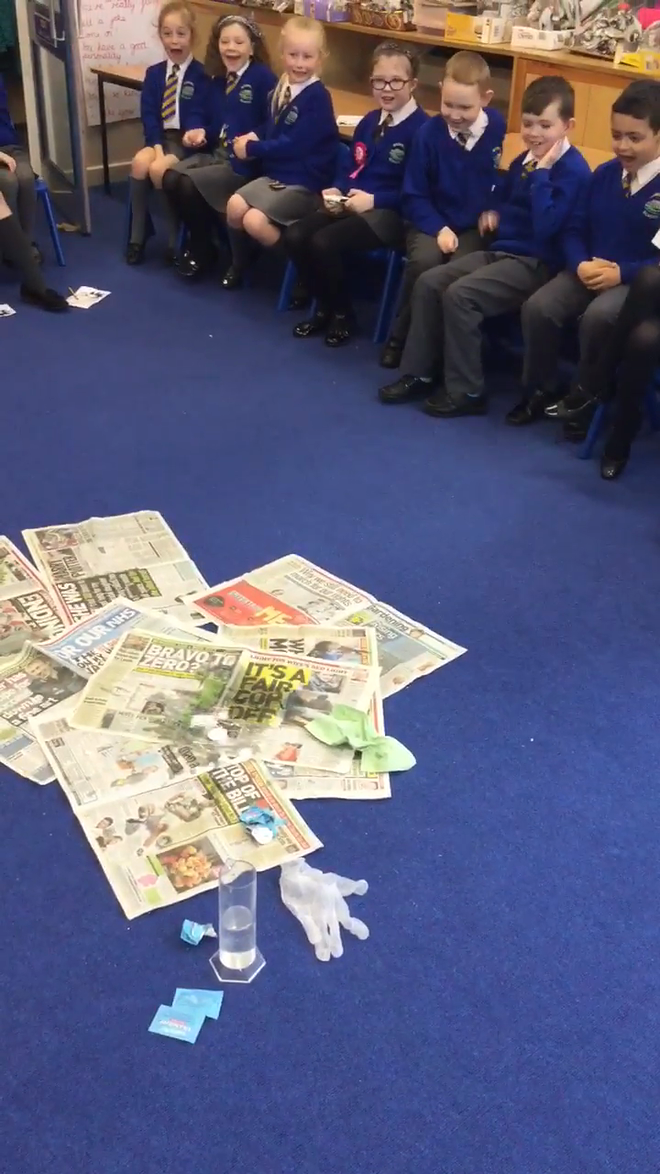 We learned that when alka seltzer is added to water, a chemical reaction occurs to make a gas called Carbon Dioxide. As this gas builds up, it causes a great amount of pressure that cannot escape and eventually the pressure becomes so great that it pushes the rocket high up in the air! But could we make the rocket go higher? We discovered that the more tablets we added the higher the rocket travelled and also the quicker the chemical reaction took place.
Take a look at one of our rockets about to lift off!

Year 3 had a fantastic day dressing up as their favourite Roald Dahl characters for World Book Day! They got up to lots of weird and wonderful activities throughout the school from making new words in the BFG's cave to inventing a new marvellous medicine to teach George's grandma a lesson!

We were very excited to start Tri-Golf in PE, we learned about the putter and iron and how we should hold and use them correctly. We later put our skills to the test by playing a team game, using the putter each team were challenged to hit as many cones as they could and whoever got the most won!

Today we started our new DT project to build a model volcano! As part of our Geography topic 'Extreme Earth' we will be finding out how fascinating our planet really is, from discovering the different layers that make up the earth, to how amazing natural events like volcano eruptions and earthquakes happen. During this session, we used materials including boxes, bottles and newspapers to create the base of our volcano. We can't wait to continue our models next week!

Year 3 discovered that the Iron Age was a period of big changes, including new technology that dramatically improved the way that Celts lived. To gain a deeper understanding of this, children worked in pairs to make a poster about an Iron Age invention and how this could have a positive impact on people at the time. We then staged a 'Dragons Den' activity, by which children had to persuade 4 Cheiftains from 4 different Celtic tribes why they needed this latest technology. Most children were very successful as the Chieftains were very impressed with their speeches and walked away with lots of new inventions for their tribes! 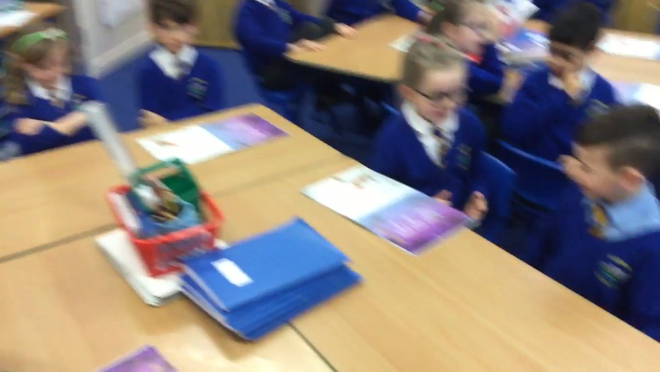 Today we learned how important it is change the tone of our voices when performing poems out loud. We found out that they are much more enjoyable to listen to and create an atmosphere for the audience. Have a listen to our class performance to see for yourself!

Well done to Joe, Casson, Chloe and Ruby on their fantastic drawings inspired by the works of L.S Lowry's 'Man on the Wall' and 'Wath Brow' church. Their pictures, along with others in school will be on display at the Lowes Court Gallery, so go and pay a visit! 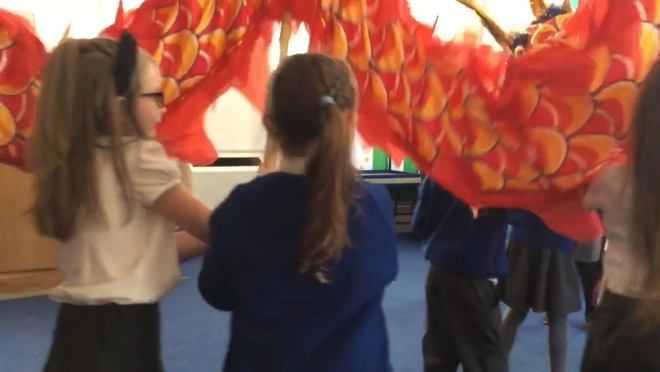 We were extremely lucky to take part in a Chinese dance workshop, we learned how to hold the dragon and make it move in different ways in time to the music. It was epic! Take a look at our final performance!

What is a force and how is it measured? Today we discovered a force is a push, pull, twist, stretch or squeeze that affects the speed, distance and direction of a moving object. Forces are measured in Newtons, using a Newton meter. Take a look at the different forces we measured in the classroom!

Today we reminded ourselves of how our words and actions can affect others. We were asked to empty a tube of toothpaste as quickly as we could, then was set the challenge to get as much of the toothpaste back in the tube as possible using only toothpicks! After 5 minutes of trying, we soon realised this was impossible. Miss. Giles told us that when we squeezed the toothpaste, it was like the hurtful words that we say. As when we tried to put the words back, it was very difficult. We learned that we should choose our words carefully and think about how it might make the other people feel, even when we are angry and upset as we can never take back the words we say or the things we do.

After all our hard work this term, it was time to let our hair down and dance our socks off with out friends. We all had a fantastic day filled with fun, games and music. 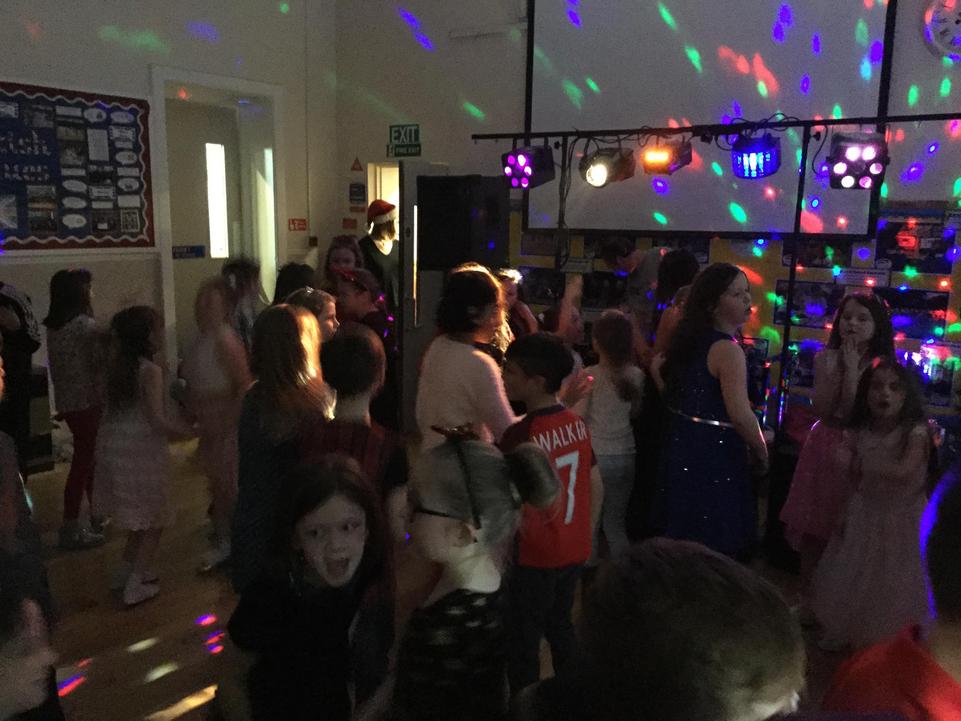 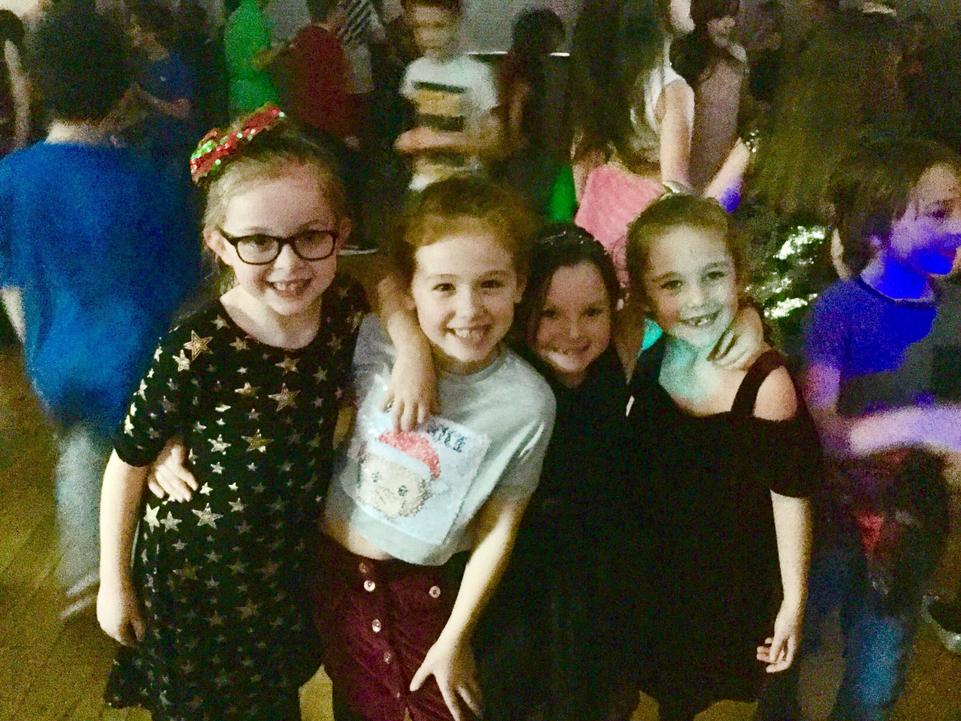 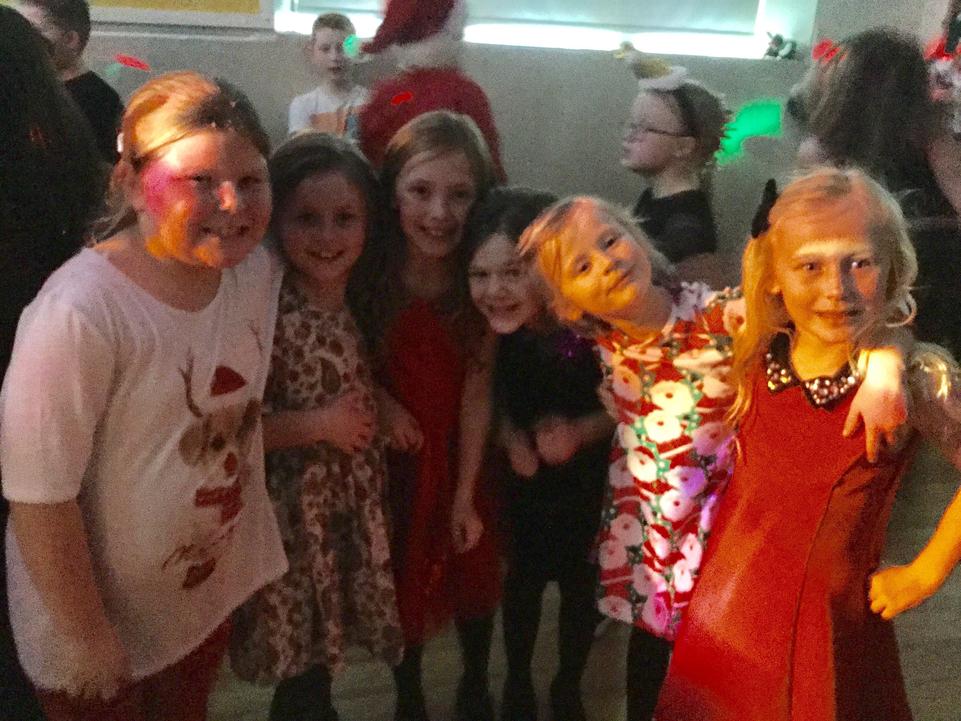 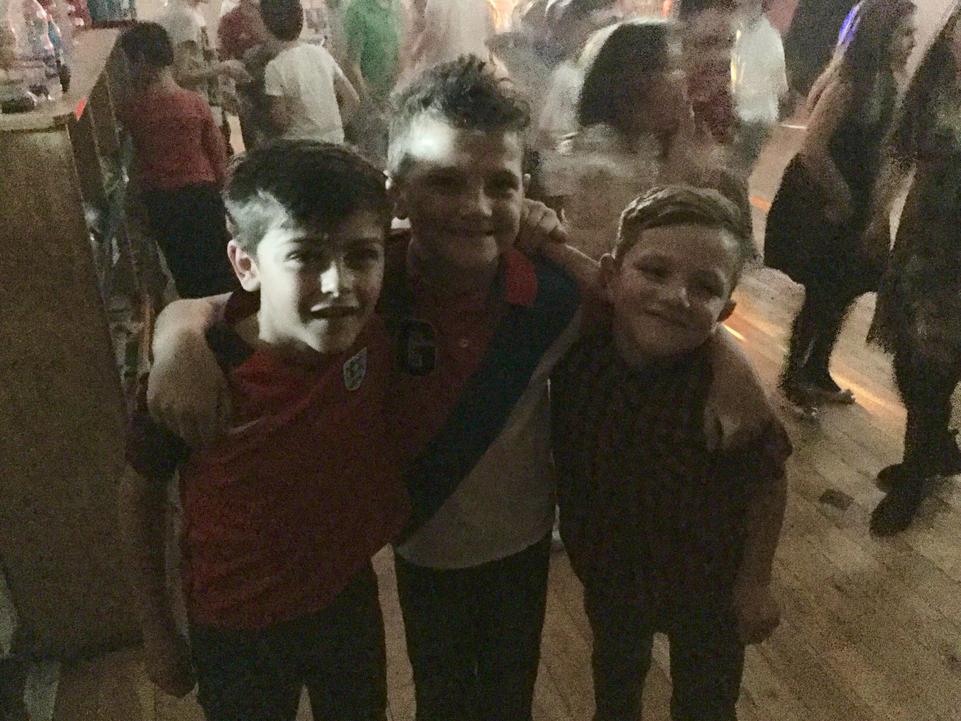 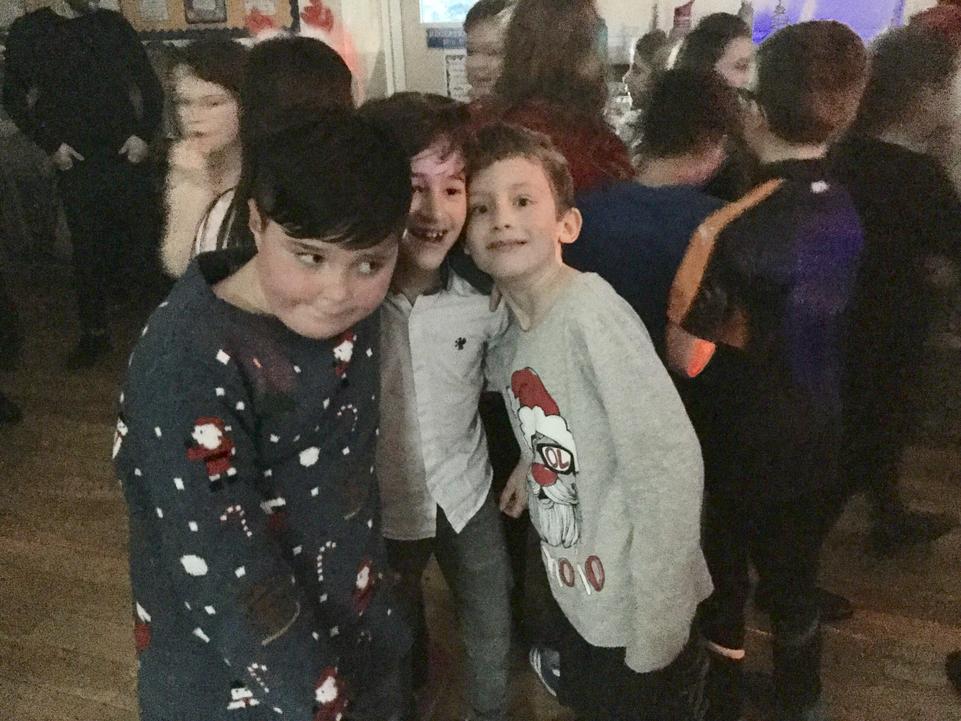 As part of our whole school technology day, we were given the task to design and create the next best seller board game that would fly off the shelves this Christmas. We worked together in pairs to plan our board games before starting to make them using different materials. Miss Giles was very impressed at how well we listened to each other, worked together and we're able to achieve the task independently! At the end of the day we were shocked to discover that we were the winning class! 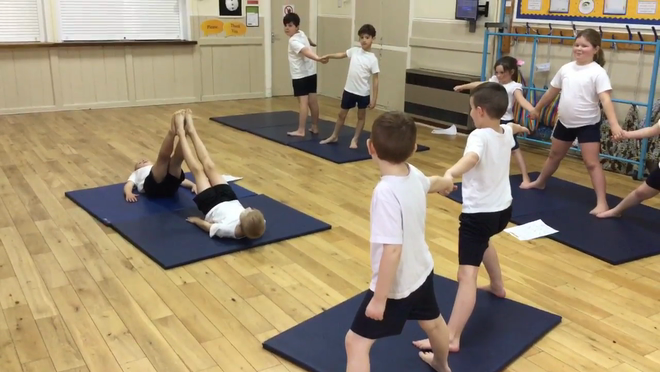 To perfect our counter balances in PE today we all took part in the mannequin challenge! Can you spot yourself?

Today our classroom was transformed into a Bronze Age village! To consolidate what we have learnt in class about how Bronze Age people lived, we each designed and built a 3D model of a prehistoric roundhouse at home. We all really enjoyed making our models with a wide range of different materials from clay to sponge cake! Congratulations to our winner, Thomas, runner's up Cadie and George and everyone who took part! Thank-you to all the parents, grandparents, brothers and sisters who helped with the building process! 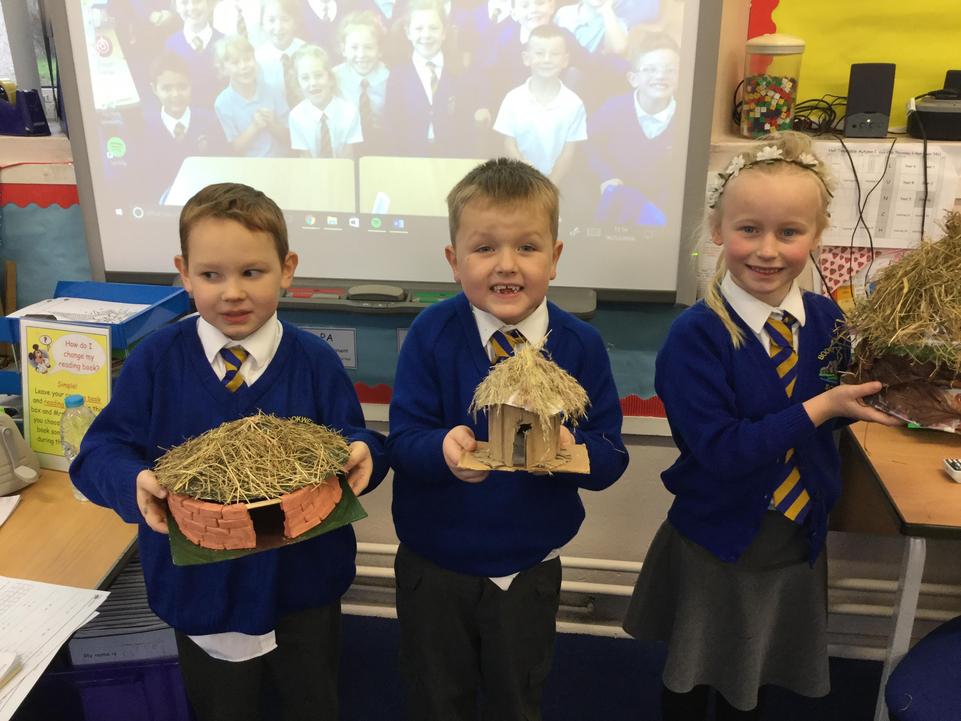 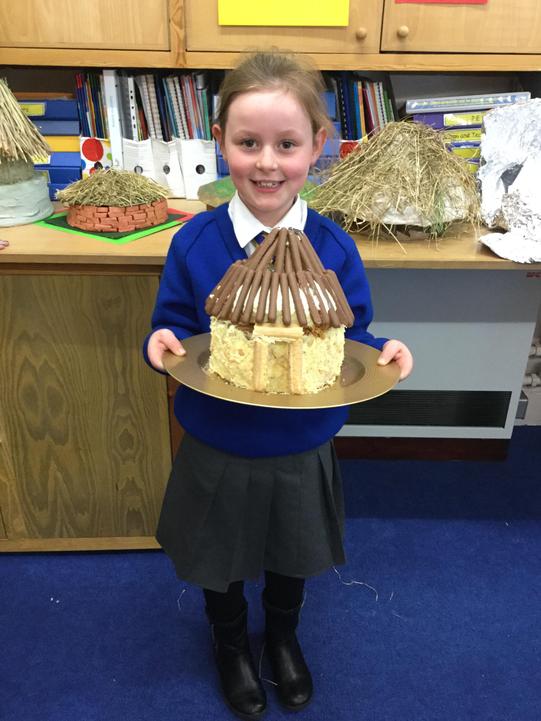 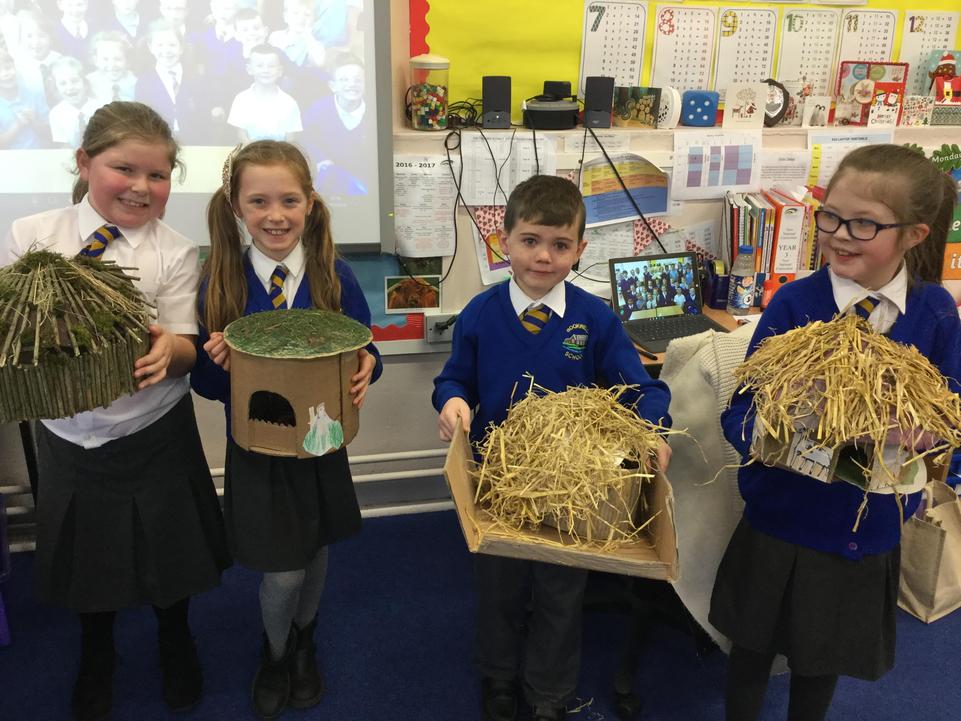 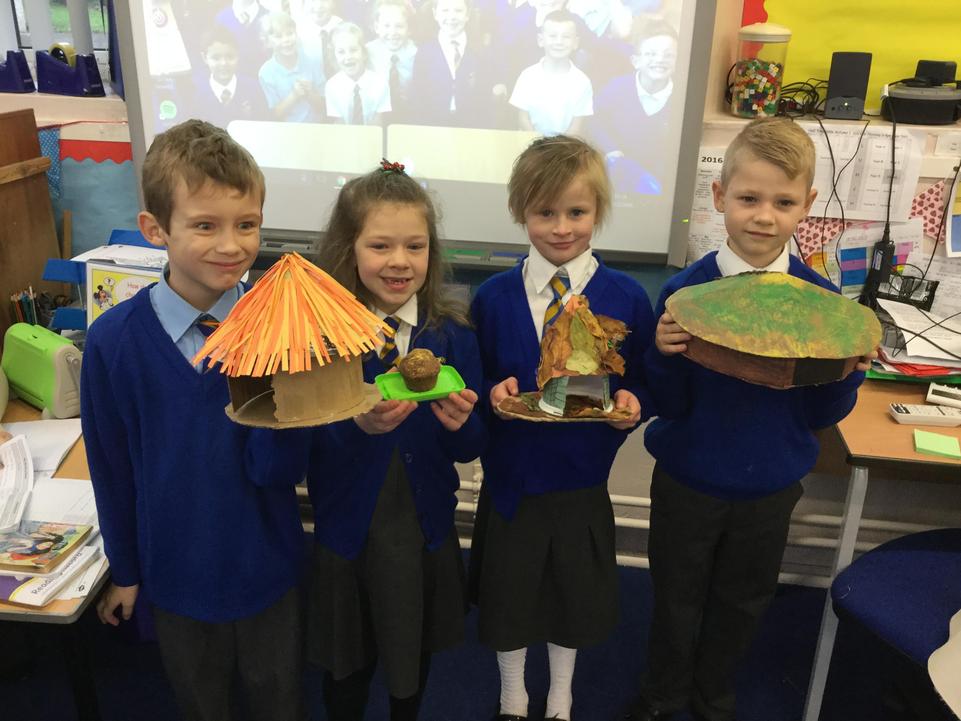 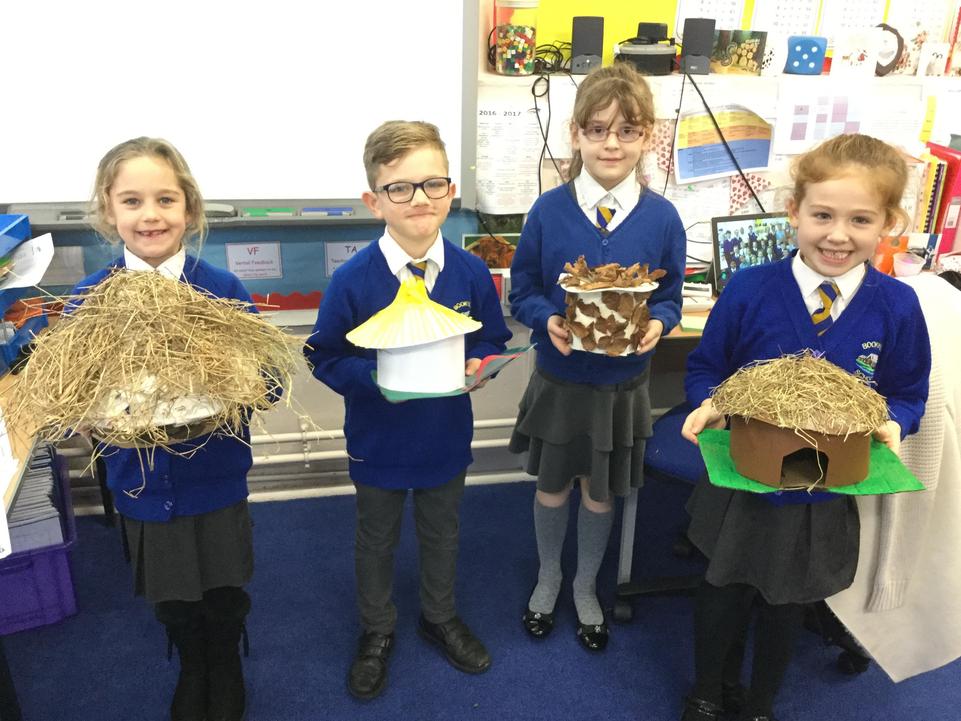 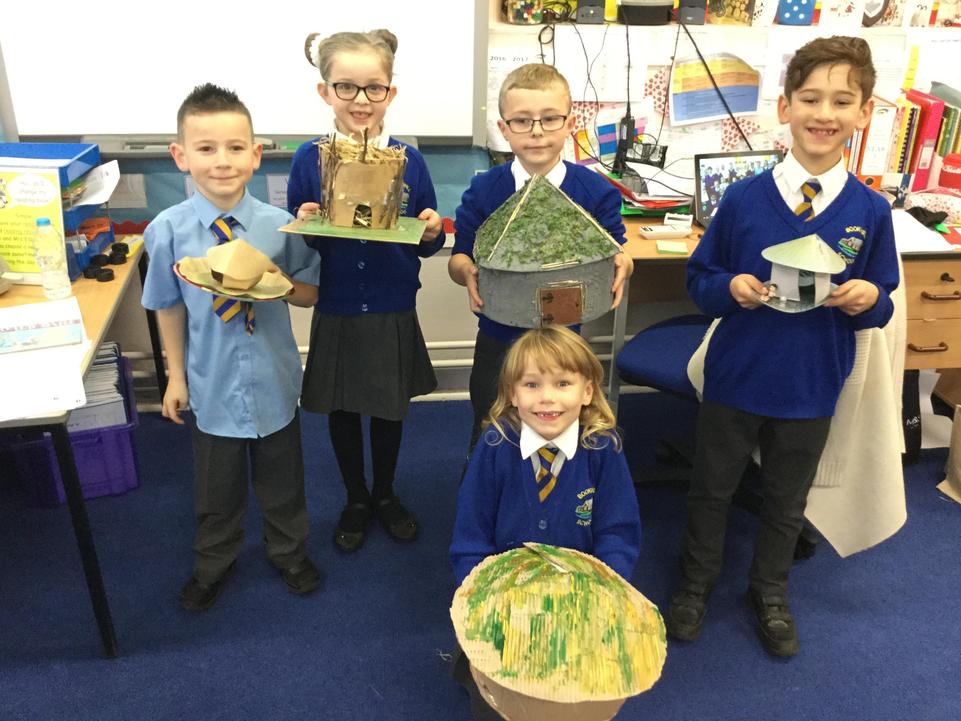 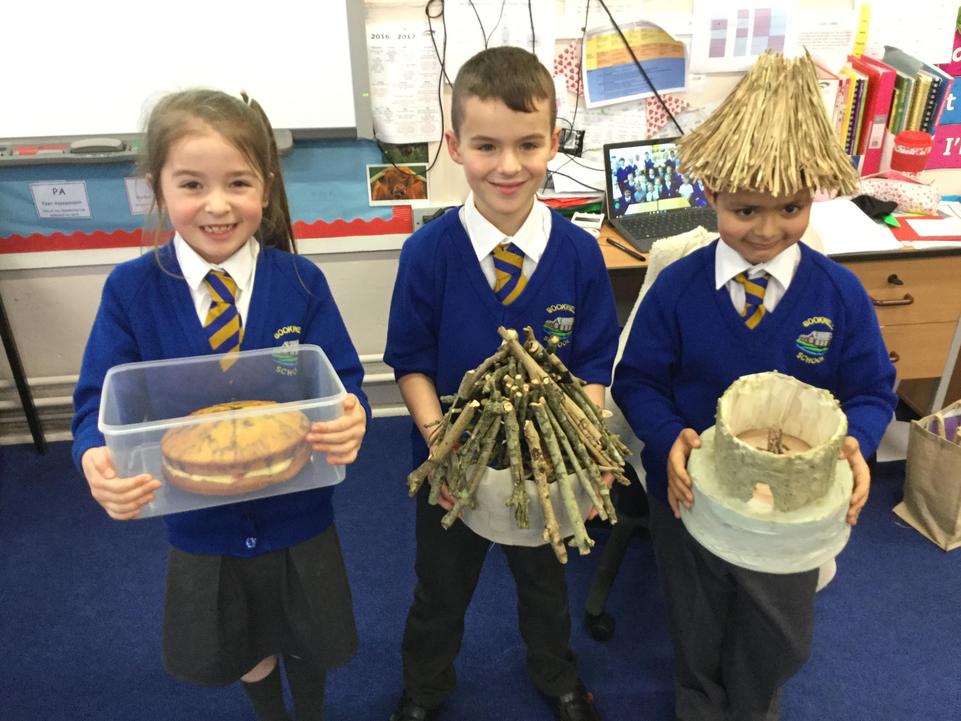