On the 26th February half of the class in Year 1 went to Westlakes Academy to attend a multiskills festival. 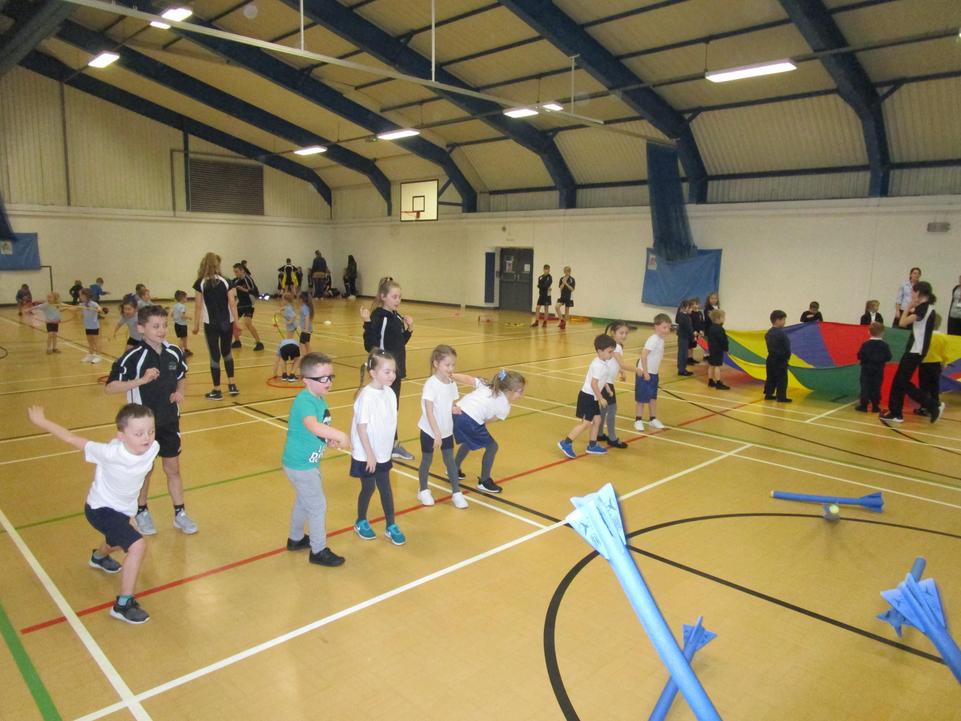 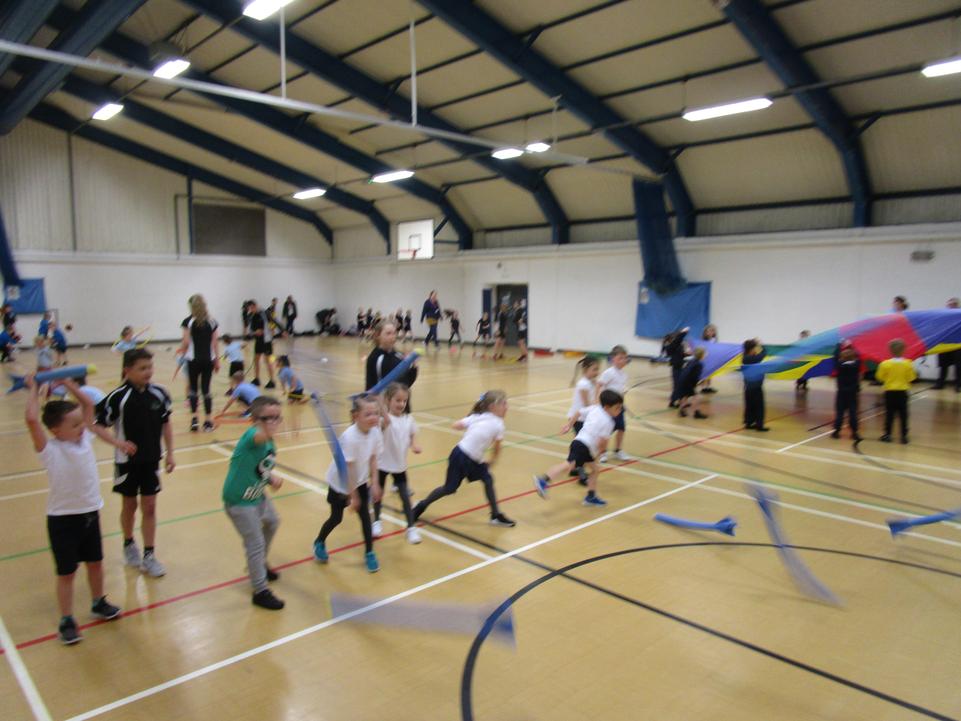 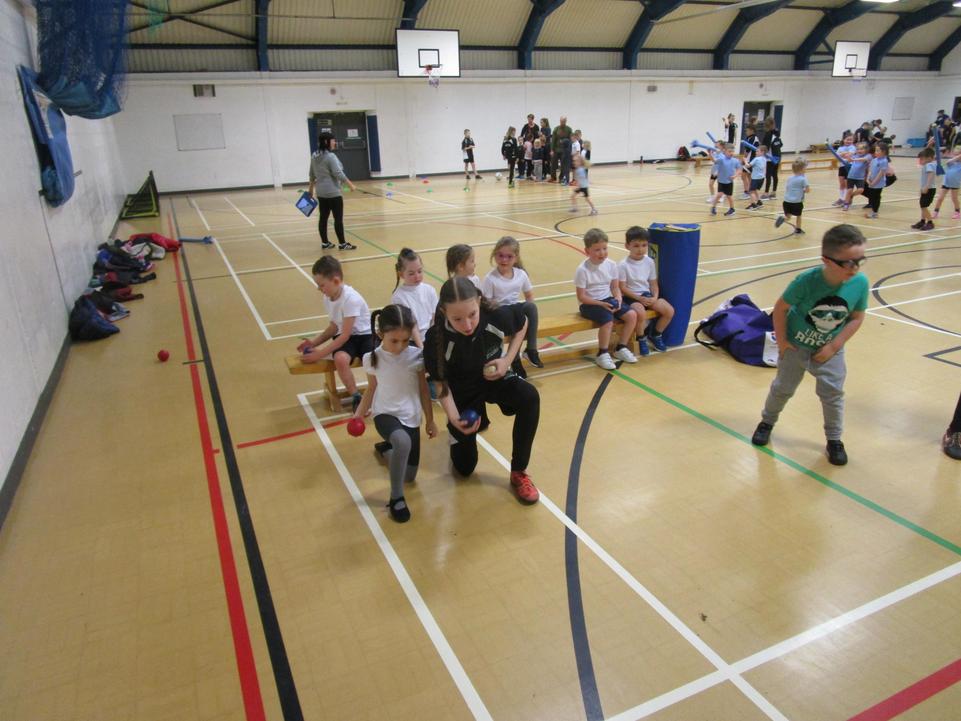 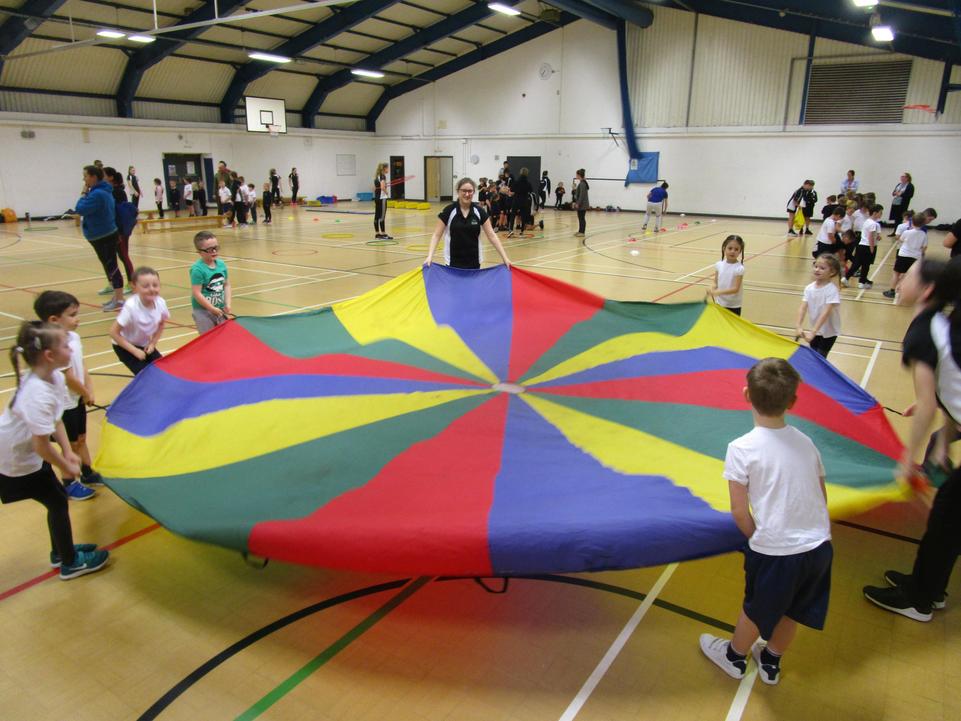 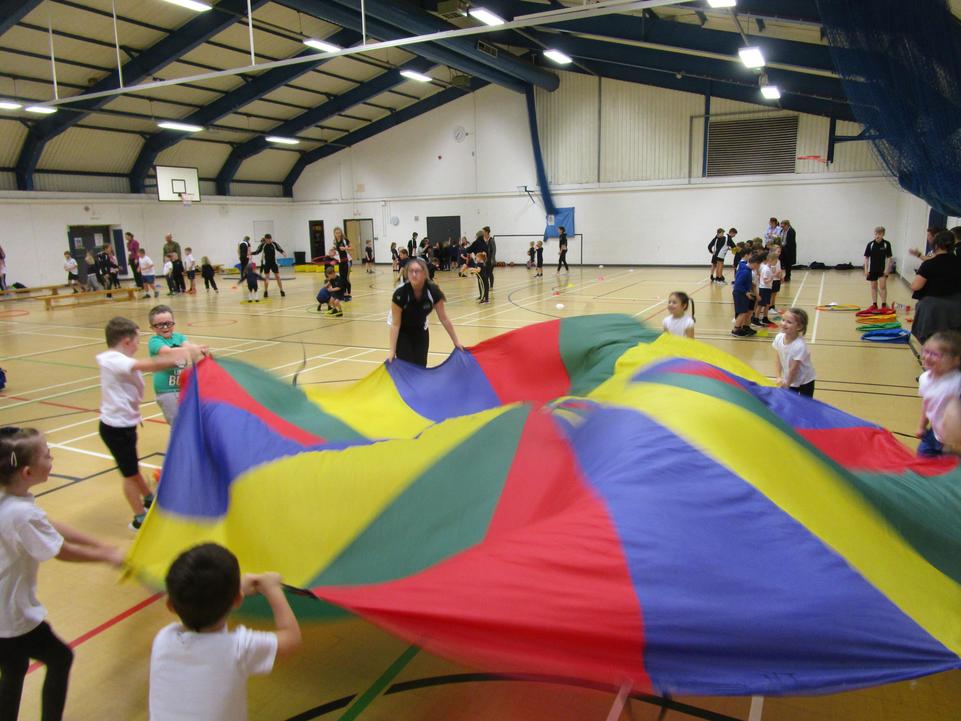 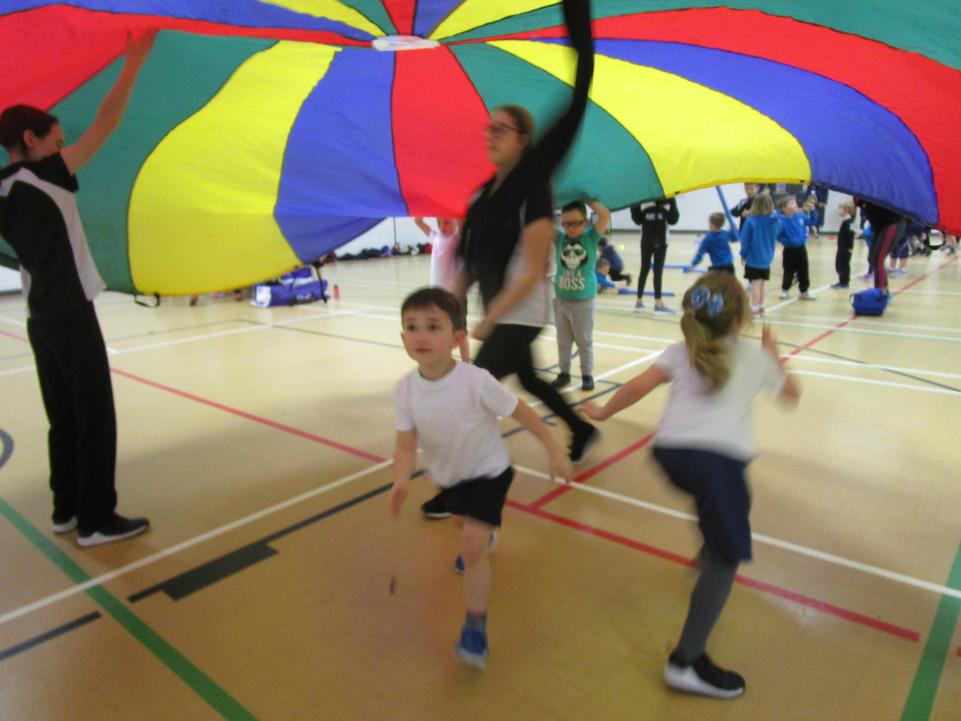 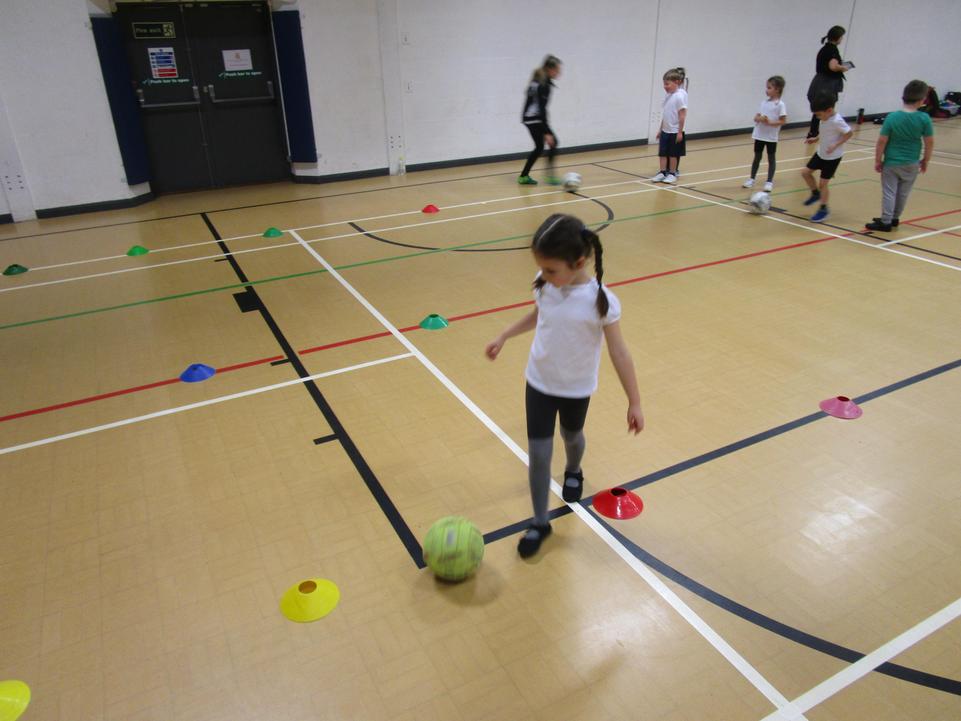 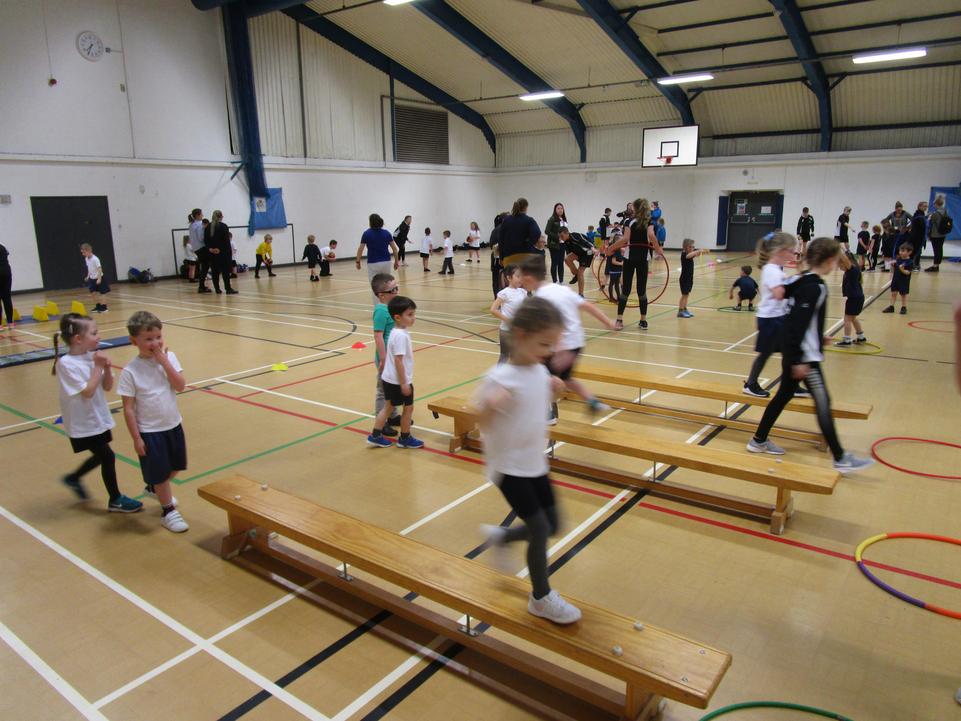 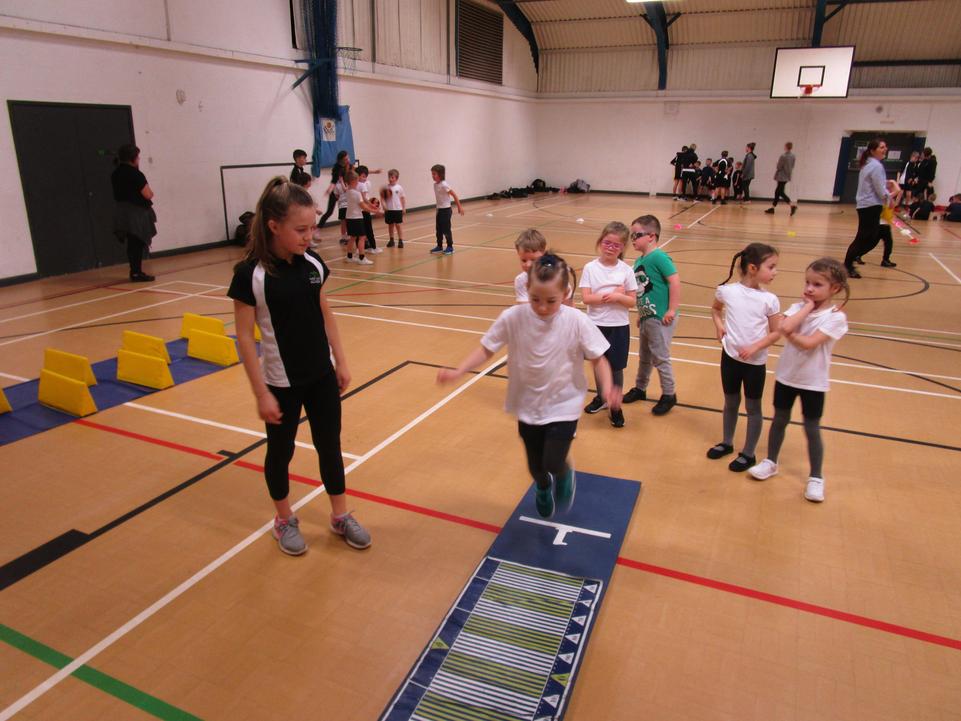 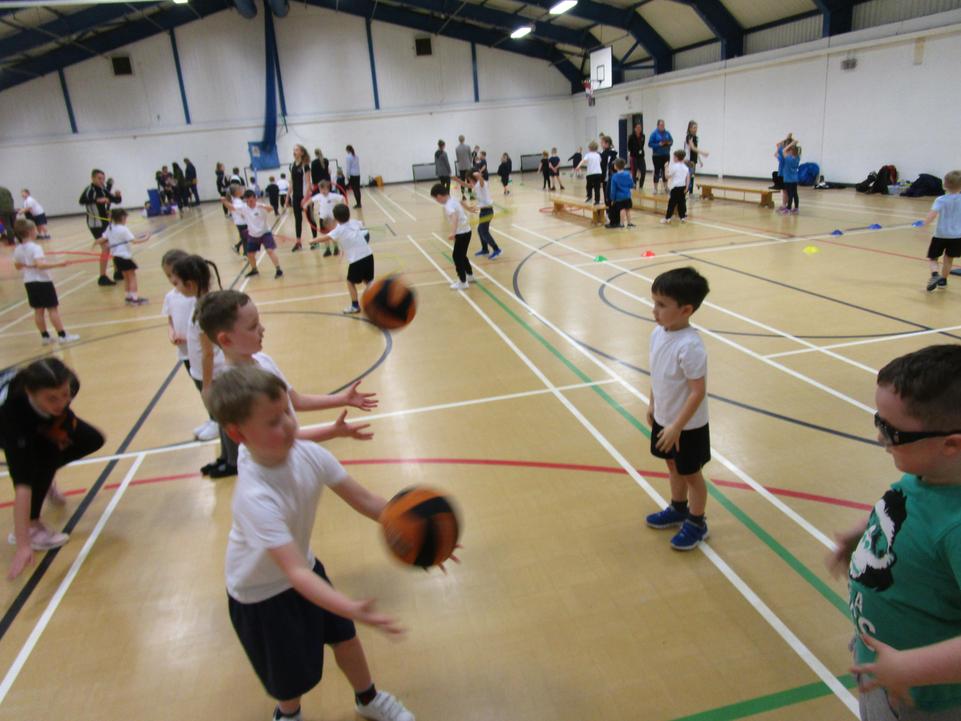 On the 12th July the orienteering team and year 4 golfers attended Cumbria school games at Carlisle.  Over 600 children from around Cumbria attended as well as many Cumbrian athletes that have represented their country in sports such as orienteering to inline skating.  We had lots of fun representing Copeland and the sun even shone.

A full report from Border news, the results and official photo's can be found here;

The children in Year 4, 5 and 6 have been to St. Benedict's School today to take part in a tri-golf tournament. They have all been practicing their golfing skills in school so it was a fantastic opportunity to show of their skills. They all had lots of fun and the year 4 team won their way to the county final.

On Monday 8th May 10 year 1 children took part in a multi-skills event organised by West Lakes Academy.  The children had lots of fun practising various skills whilst playing the games and can't wait to go back.

Thursday the 4th of May saw 2  teams, from year 3 and 4, attend the West Lakes Academy cluster final of Mini-tennis.  Several matches were played and our skills improved.  Fortunately we played well enough for one of our (large school) teams to win their way to the Copeland final along with Beckermet (small school).

On Thursday 27th April 15 year 3 & 4 girls attended a TeamUp event at St Bees.  The event was a multi-skills festival to promote the fact that we are entering a unique moment in time for women's sport. Between 2017 and 2019 England will be host to three consecutive women's World Cups in hockey, netball and cricket.  The England and Wales Cricket Board (ECB), England Hockey and England Netball have launched TeamUp, a three year campaign to maximise the legacy of the World Cups and build a broader fan base for women's team sports.  This event certainly inspired our children.

On Tuesday 4th April 2 teams entered the Hi 5 Netball event at West Lakes Academy.  The competition was tough and we were able to put our netball skills, learnt in PE, to the test.  Although we didn't win we had lots of fun and learnt many new things.

On a very wet 30th March the winning key steps 2 team headed to Penrith for the county final where they got to represent Copeland.  The children scored on three parts, body management, floor routine and vault.  The children did amazing and were awarded 4th place overall.  The children all recieved a goodie bag and t-shirt for taking part as well as a certificate and badge. 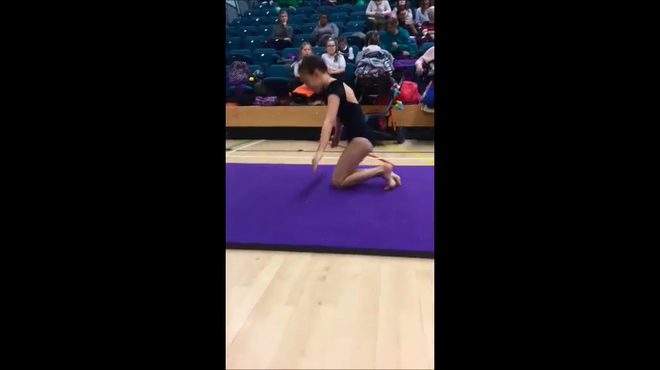 On Friday 10th March 2 year 3/4 teams competed in the Key Steps 2 competition and 1 year 5/6 team entered the Key Steps 3 competition.  The children had a fantastic morning showing off all the skills they had learnt at after-school club.  All children completed a floor routine and a vault.  The scores for each team were then added up.  In the Key Steps 2 competition 12 schools competed for the large school prize and Bookwell 2 proudly earned themselves 9th place whilst Bookwell 1 were awarded Large School Winners 2017.  The Key Step 3 competitors came an amazing 3rd overall.

All children should be proud of what they achieved.

On Thursday 9th March, Year Six took part in an orienteering workshop. First of all, the children looked at real orienteering maps and discussed their features. Then the children make their own map of the school hall using symbols for obstacles that they had placed around the room. This really helped the children's spacial awareness and ability to draw to scale.

In the afternoon, the children went outside and, using our new school orienteering map, completed an orienteering course.

Everyone had lots of fun!

Some pupils from Year 2 took part in a Gymnastics competition at Montreal School in Cleator Moor. We had been practising for weeks trying to perfect our routine on the vault and floor. It was lots of fun competing against the other schools, although we were slightly nervous because all eyes were on us. When we had finished, we got some juice and a biscuit and we watched and applauded some other schools when they were performing their routines. We were awarded third place which we were very pleased about.

Unfortunately not the ones with chocolate chips.

Some cookies are necessary in order to make this website function correctly. These are set by default and whilst you can block or delete them by changing your browser settings, some functionality such as being able to log in to the website will not work if you do this. The necessary cookies set on this website are as follows:

Cookies that are not necessary to make the website work, but which enable additional functionality, can also be set. By default these cookies are disabled, but you can choose to enable them below: